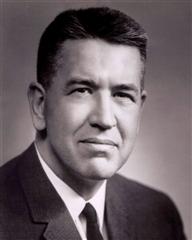 We also would like to bring your attention to the excellent tribute to Professor Donald A. MacRae written by Professor John Percy. Donald A. MacRae was Chair of our Department and Director of the David Dunlap Observatory, and a leader in the Canadian astronomical community. Donald A. MacRae made several very important contributions to astronomy in Canada. He published multiple articles and contributed to several successful projects in the areas of Radio Astronomy and Lunar Science. Among them is the award-winning development of Very Long Baseline Interferometry (VLBI). Donald A. MacRae ensured that our department was well represented on the Canadian National Research Council’s Associate Committee for Space Research. He was a member of the Board of Trustees of the U.S. Universities Space Research Corporation, serving as Chair in 1973, and was a member of the Lunar and Planetary Institute in Houston.