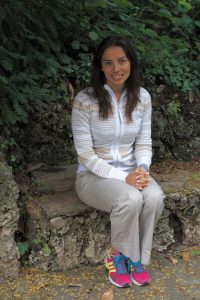 The award recognizes Valencia for her significant contributions in our understanding of the interior structure and dynamics of terrestrial and super-Earth exoplanets. She was one of the first scientists to combine geophysics and astrophysics to study exoplanets.

She says she’s grateful for this recognition. “I am honoured to receive this prize. Having spent two years in France as a Poincare Fellow, I feel a special connection to the European Planetary Community.”

“This prize is especially dear to me because I have seen the field grow from not knowing anyone else studying these planets when I was a PhD student, to a flourishing research field attracting numerous young scientists.”

The Paolo Farinella Prize is awarded annually at the Europlanet Science Congress (EPSC). It was established to honour the memory Paolo Farinella (1953–2000), in recognition to contributions in the fields of his varied interests, from planetary sciences to space geodesy, fundamental physics, science popularization, and security in space, weapons control and disarmament.

The winner is selected annually based on research in a chosen field, and must be no older than 47 years.

For more information on the Paolo Farinella Prize, visit: europlanet-society.org/paolo-farinella-prize.