Our Archives: Clarence A. Chant’s eclipse trip to Australia in 1922 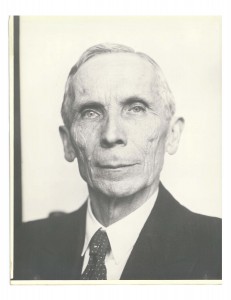 In late June, I met with Ernie Seaquist (past Chair of the Department and Director of the David Dunlap Observatory (DDO), 1998-1993 and 1994-1999) who passed along a box of material to me from Don Fernie (also past Chair of the Department and Director of DDO, 1978-1988 and 1993-94).  In the box were assorted papers and articles and a small brown wood box.  The box contained a collection of lantern slides from Clarence A. Chant (past Chair, 1905-1935) documenting his eclipse trip to Australia in 1922 to test and confirm Einstein’s theory of relativity. Included is Chant’s handwritten catalogue of the slides.  What a find!!!

Chant’s lantern slides give a detailed personal account of the eclipse trip to Australia.  The collection of slides includes pictures of the members of the eclipse expedition including “Mrs Chant” and “Miss Chant”, R.K. Young (past Chair and Director of DDO, 1935-1945), the Canadian “Einstein” camera, and the camp and tents occupied by the Canadian Party.  There are also several slides of the local aboriginal community.

Chant participated in five total solar-eclipse expeditions, the most important being the one he led to Australia 1922 to test Einstein’s theory of the deflection of starlight by a massive body.

The Chant lantern slides are now part of the collection at the University of Toronto Archive.

The official report on Chant’s exposition: Evidence of the bending of the rays of light on passing the Sun, obtained by the Canadian Expedition to Observe the Australia Eclipse by Chant, C.A. & Young, R.K., 1923, PDAO, 2, 275.